If I think of a month filled with the grim reaper … it’s November.

Gone are the brilliant autumn colours.  Long gone are the vibrant heat waves of summer.  November is grey and barren and lifeless.  Not even a sprinkling of snow covers the bleakness of the month.  It’s too early to decorate for the holiday season because we first must pay homage to our fallen.

My parents met in Sydney, Nova Scotia during WWII.  My father – from Valleyfield, Quebec – was stationed in Sydney before going overseas with the Navy.  He met my mother and fell in love with her.  They married quickly before he went to war as a signalman on a Canadian Naval ship.

When the war ended, my father was one of the last to arrive home.  Mom was still alone in Sydney when she gave birth to my brother.  Dad had picked up pneumonia and was hospitalized somewhere in England.  My Mom had no idea if he was still alive.

He returned – they moved to Quebec – to start their new life.  My sister followed soon after.  From the stories I heard, they lived, laughed and loved in an old anglo part of Montreal before settling in the suburbs.

My Mom became pregnant with twins, but one died somewhere in the second trimester.  The other soon followed.  The Roman Catholic doctor advised my Dad to take her downtown to have the pregnancy terminated or she would die.  The hospital strongly suggested a hysterectomy, but Mom was too weak.  It was scheduled at a later date.

That date arrived and my mother was too sick with the flu to have surgery, so it was again postponed.  In true Jobson spirit, they procrastinated for almost 18 years, then discovered my Mom was pregnant with me.

Like my mother and brother, I was born in December.  Wayne on December 4th, Mom on December 7th (what would later become Pearl Harbour Day) and me on December 31st.

Growing up like an only child, I had the privilege of being the baby.   There was so much love and laughter in our home.  Somewhere, there is a photo of six month old me mimicking my Dad’s wide smile.  He adored me and I adored him right back.

While my father served in WWII and met my mother through its circumstances, the war wasn’t something Dad ever talked about.  I knew he had medals.  He taught me Morse Code, and we sold poppies for November 11th Rememberance Day.

I have always observed the two minutes of silence at 11 o’clock, regardless of where I am.  I’ve had every kind of poppy … from windshield sticker ones to the felt red and black pin version which falls off our coats every year.  But every year, I buy several to honour and remember those who fought for our freedom.

On February 6th, 1995 – the same day as my christening in 1966 – I handed in my resignation to jump at a new and exciting opportuntity.  That evening, my parents called with the news that my father had cancer completely blocking his stomach.  Ironically – or not – the winds of cancer touched me again on February 6th, 2017 when my family doctor called me herself to tell me to get into see the surgeon about the lump in my breast.  I knew the news was not good.

Back in 1995, my Dad was scheduled for surgery to remove his entire stomach, attaching his intestines to his esophagus.  The doctors explained that the bowels would eventually take over the function of his stomach.  They didn’t tell him that he only had a 25% chance of surviving … if you can call it that.  He existed, in pain and without his dignity, until we brought him home in October of that year to die.

I remember travelling home to Quebec to see my father alive for the very last time.  That day – October 30th – the province was about to vote on the 1995 Referendum – to decide if national sovereignty and the independence of Quebec – was to become reality.

It was a uneasy time filled with uncertainty.

I spent the weekend with my family and tearfully kissed my Dad goodbye on the Sunday, knowing full well it would be the last time I would see him alive.

“Take care of your Mom,”  he whispered to me.

He died at home, as was his wish, on the evening of November 7th, 1995 while I was moving into my newly purchased house.

They say that the first death in your immediate family is the hardest.  I was Daddy’s little girl and I hated that he gave up … and even worse … my Mom gave up with him.  While she wished him Godspeed – out of this life and out of pain – I railed at the finality.  I went home again on the following weekend – on Remembrance Day – to bury my father and barely spoke to my mother.

My Mother spent Christmas with me that year, then decided to leave Quebec and move to Ontario to be closer to her family, but it meant leaving my sister behind in Quebec.  While Mom enjoyed her years in Ontario, she always missed my sister.

In 2013, my mother’s health took a sharp decline and she passed away – on November 7th – exactly 18 years after my father.  I like to think that he came to get her.

We held my Mom’s funeral on November 12th and asked that funeral home keep the Remembrance Day poppies around for one more day.

Fast forward a few more years to 2017 and my very last day of radiation – after a year of cancer treatment – was to end on November 8th.  The entire radiation wing was closed down for preventative maintenance on Monday, November 7th, sparing me from enduring another end on that day.

When November 1st arrives, the whispers of death, dying, loss, rememberance and rebirth arrive on its wind.  It is a month of personal and profound loss, completion and commemoration.  It’s a time I retreat and reflect, remember and revere.

I feel like I enter a period of mourning from November 7th to December 7th. It’s a bridge too far each year.

I will never forget.

I miss you both with all my heart and wish we could have one last Christmas at Ann’s. 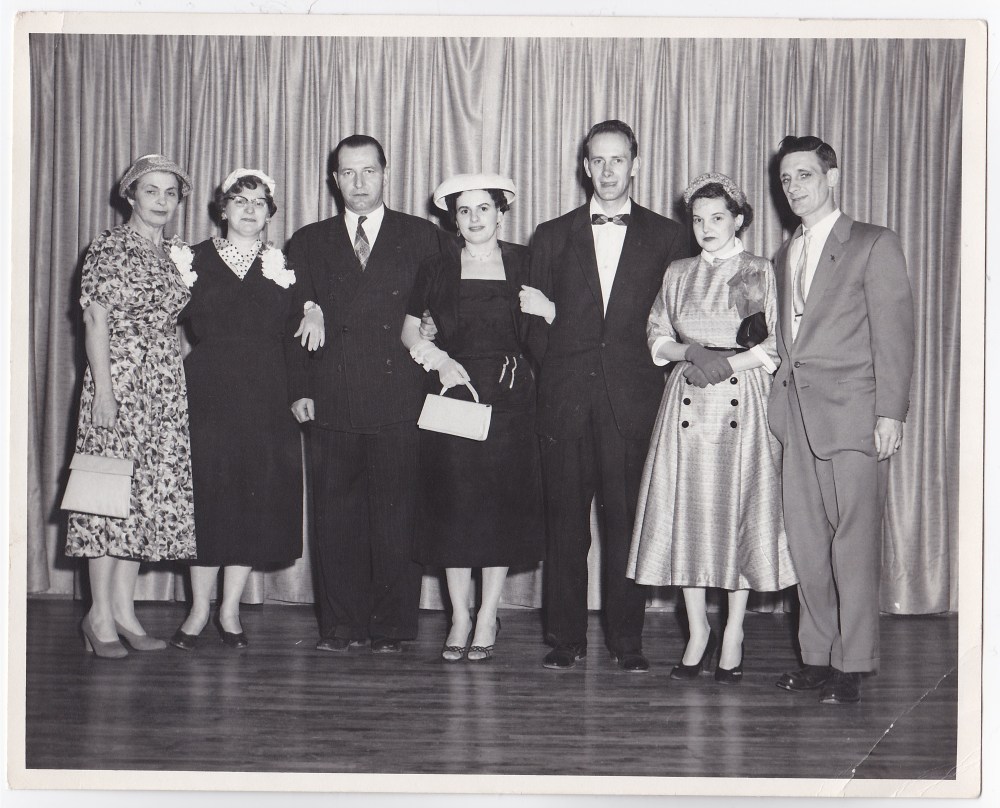 Read the Fox blog:  Hear what the Fox really has to say